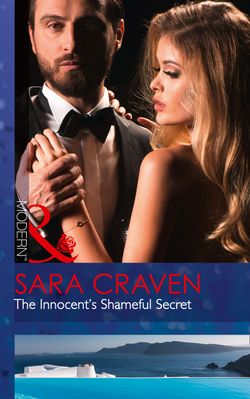 Claimed by his touch…

Alexis Constantinou haunts Selena Blake’s every memory. Before his expert touch awakened her, she was nothing more than a naive schoolteacher. Now she dreams every night of his idyllic Mediterranean island, and the scorching affair that stole her innocence…

But their brief time together left Selena with a shameful secret. And when family duty calls her back to Greece, she must face the man whose caress branded her as his! Seeing Alexis once more, Selena cannot ignore their still-sizzling passion, but dare she reveal the truth she’s hidden from the world – the secret Constantinou heir!

Sara Craven was born in South Devon just before World War II and grew up in a house crammed with books. Her early career was in provincial journalism, and she had her first novel Garden of Dreams accepted by Mills and Boon in 1975. Sara enjoys listening to music, going to the theatre, watching very old films and eating in good restaurants. She also likes to travel, especially in France, Greece and Italy where many of her novels are set.