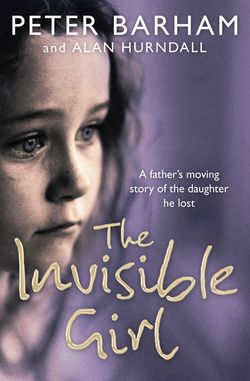 A few years after packing for London, teenager Debbie Barham was writing the funniest lines for the top names in British comedy. But her genius belied a darker, destructive side that slowly span out of control. By 26 she had died of anorexia. This powerful memoir is her father’s search to understand his daughter and make sense of her troubled end.

In this poignant memoir of his daughter’s short life, Peter Barham sets out to discover the powerful force that drove Debbie to anorexia, whilst inspiring her to write some of the best lines in British comedy. Drawing on her copious e-mails and scripts, and featuring contributions from some of the UK’s most famous comedians, including Rory Bremner, Clive Anderson, Ned Sherrin and Bob Monkhouse, Peter takes you from the heady excitement of Debbie’s mid-teen years to her troubled, solitary end.

‘The Invisible Girl’ is a father’s remarkable journey to discover what went wrong in the mysterious and very private world of his daughter. It is a powerful and moving story that will make you laugh and cry in equal measure.

PETER BARHAM was an absentee father – he didn't know his daughter well until she turned up on his doorstep weighing little over five stone. For nine months Peter gave Debbie round-the-clock care but her desire for independence finally took her back to London and the life that destroyed her three years later.ALAN HURNDALL is an eminent award-winning journalist, writer, author and film-maker.