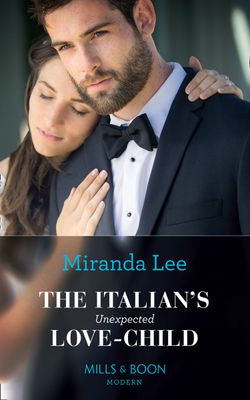 She resisted him once…

But this billionaire is playing to win!

A luxury villa on Capri will be the latest jewel in playboy Leonardo Fabrizzi’s crown, until he discovers Veronica Hanson stands to inherit it. She’s the only woman to ever resist his charms, but he’s determined to tempt her into sensual surrender! He seduces her cleverly and slowly and their explosive chemistry is spectacular. But so are the consequences when Veronica reveals she’s pregnant!

After leaving her convent school, Miranda Lee briefly studied the cello before moving to Sydney, where she embraced the emerging world of computers. Her career as a programmer ended after she married, had three daughters and bought a small acreage in a semi-rural community. She yearned to find a creative career from which she could earn money. When her sister suggested writing romances, it seemed like a good idea. She could do it at home, and it might even be fun! She never looked back.