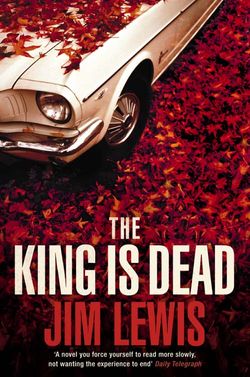 A soulful, illuminating novel of love, murder and redemption, from a rising star on the American literary scene.

One hot, dark night in Memphis, Walter Selby finds himself wandering alone in the parking lot outside a baseball stadium, trying to find his friend. Instead he finds his future wife, Nicole, illuminated by the headlights of a passing car. In that empty car-lot, the perfect setting for an archetypal American romance, they begin a long, lovely fall – into bed, into marriage, into parenthood, into responsibility.

A generation later Walter’s son Frank, now a grown man himself, is also alone in Memphis, trying to find a trace of two parents who faded from view while he was still a child. His sister Gail is building a new family for herself on the other side of the continent, while his precious daughter Amy slips further from him with each passing year. Frank’s life seems to be racing away in a flurry of wrong decisions and lost moments, with nothing to show for it. And yet if Frank’s life is anywhere, it is in his family, in these men and women, their lives and their passing. This is their story.

jim lewis is one of the most praised US novelists of his generation. As well as his published fiction, he has done a considerable amount of art-related writing for exhibitions and catalogues, and has a film script in production with Francis Ford Coppola’s Zoetrope Films.