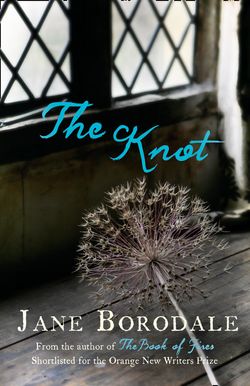 1565. Across Europe, a new era of natural science is dawning. In a remote, damp corner of Somerset, an unlikely pioneer is working to change the course of English botany. Passionate, private, meticulous – Henry Lyte has begun to neglect his other responsibilities in the pursuit of knowledge. This has happened before, with disastrous results.

Married again after the tragic death of his first wife Anys, Henry tries to forget the past, absorbed by his scholarly translation of a Dutch ‘Herbal’ and by the intricate herb garden he is planting, with a Knot at its heart.

Yet beneath the surface he is uneasy, and as the garden begins to flourish, old family troubles start to worm their way up towards the light. Here, on the edge of the fertile wetlands that his new wife Frances fears so much, Henry is accustomed to the peril of flood.

But when the unexpected death of his father unleashes the malevolence of his stepmother Joan Young, he is not prepared for this new threat that could destroy everything he has come to love…

Jane Borodale studied site-specific sculpture at Wimbledon School of Art. She was recently Leverhulme writer-in-residence at the Weald and Downland Open Air Museum in Sussex. Her first novel, The Book of Fires, was shortlisted for the Orange New Writers Prize, and she lives in the West Country with her husband and two children.