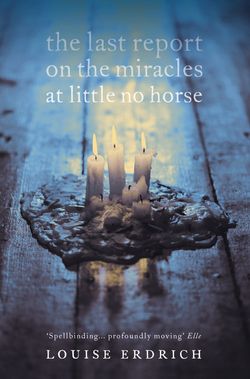 A powerfully involving novel from one of America’s finest writers, and winner of America’s prestigious National Book Award for Fiction 2012

Sister Cecilia lives for music, for those hours when she can play her beloved Chopin on the piano. It isn’t that she neglects her other duties, rather it is the playing itself – distilled of longing – that disturbs her sisters. The very air of the convent thickens with the passion of her music, and the young girl is asked to leave. And so it is that Sister Cecilia appears before Berndt Vogel on his farm, destitute, looking for sanctuary.

Decades later, old Father Damien lays down his pen and dresses for bed. Slowly, he removes his heavy robes, undergarments and, at last, a bandage wound tightly around woman’s breasts. Having lived for so long as a man, he fears that the discovery of his true identity will undo all that he has accomplished…

Moving and lyrical, ‘The Last Report on the Miracles at Little No Horse’ is a powerful work from one of contemporary literature’s brightest stars.

Louise Erdrich is one of the most gifted, prolific, and challenging of American novelists. Born in 1954 in Minnesota, she grew up mostly in North Dakota, where her parents taught at Bureau of Indian Affairs schools. Her fiction reflects aspects of her mixed heritage: German through her father, French and Ojibwa through her mother. She is the author of a number of novels for adults, the first of which, Love Medicine, won the National Book Critics Circle Award. She lives in Minnesota with her children, who help her run a small independent bookstore called The Birchbark.