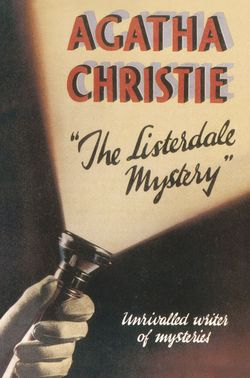 A selection of twelve classic mystery stories by the peerless Queen of Crime, including the acclaimed ‘Philomel Cottage’…

Twelve tantalizing cases… the curious disappearance of Lord Listerdale; a newlywed’s fear of her ex-fiance; a strange encounter on a train; a domestic murder investigation; a wild man’s sudden personality change; a retired inspector’s hunt for a murderess; a young woman’s impersonation of a duchess; a necklace hidden in a basket of cherries; a mystery writer’s arrest for murder; an astonishing marriage proposal; a soprano’s hatred for a baritone; the case of the rajah’s emerald.

All have one thing in common: the skilful hand of Agatha Christie.