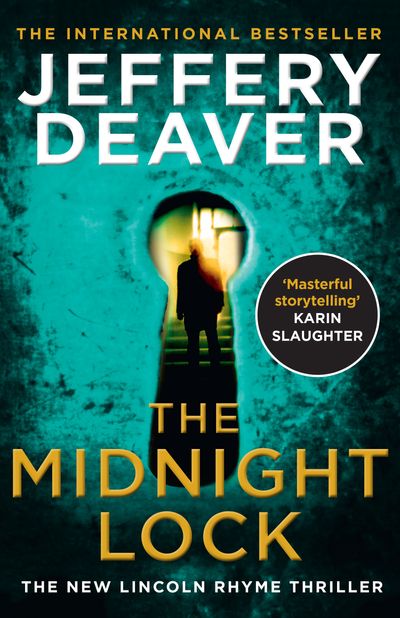 Author: Jeffery Deaver
Format: Paperback (A Format)
Release Date: 17 Mar 2022
Pages: 448
ISBN: 978-0-00-830389-1
Price: £6.99 (Export Price) , £6.99
Jeffery Deaver is the No.1 international bestselling author of more than thirty novels, three collections of short stories, and a nonfiction law book. His books are sold in 150 countries and translated into 25 languages. His first novel featuring Lincoln Rhyme, The Bone Collector, was made into a major motion picture starring Denzel Washington and Angelina Jolie. He\'s received or been shortlisted for a number of awards around the world. A former journalist, folksinger, and attorney, he was born outside of Chicago and has a bachelor of journalism degree from the University of Missouri and a law degree from Fordham University. You can visit his website at www.JefferyDeaver.com.

Praise for The Colter Shaw series: -

”'[An] outstanding sequel to 2019’s The Never Game…Deaver balances suspense and plausibility perfectly…This is a perfect jumping-on point for readers new to one of today’s top contemporary thrillers writers.” - Publishers Weekly

”'Deaver’s reputation as a master of the corkscrewing plot is well earned… Colter Shaw seems certain to become an enduring series lead.” - Booklist

”'Terrific writing, vivid and raw, Deaver grips from the very first line and never lets up. He is, hands-down, one of the finest thriller writers of our time” - Peter James

”'As always, Deaver gets you in his stealthy grip on page one, and then takes you on a wild and inventive ride …this time with new star character Colter Shaw.  No one in the world does this kind of thing better than Deaver” - Lee Child

”'Masterful storytelling ” - The Never Game is Deaver’s most riveting, most twisty, most unputdownable novel yet’ Karin Slaughter

”'Lightning-fast and loaded with twists, The Never Game is a thrill a minute from one of the best.  Don’t miss it” - Harlan Coben

”'Jeffery Deaver scores yet again with a fascinating new detective, Colter Shaw, and a plot as full of thrills and twists and turns as you would expect from him. With The Never Game you know you are in the hands of a master. But be warned” - don’t start this too late in the evening because sleep would be an annoying interruption once you’ve started reading!’ Peter Robinson