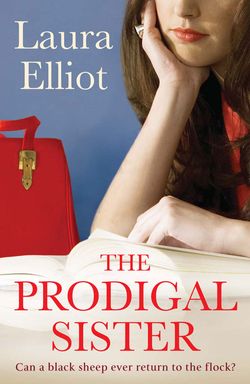 Can a black sheep ever return to the flock? Find out in this emotionally intense tale from a spellbinding Irish talent.

Accompany the Lambert sisters on their unforgettable journey – fans of Anita Shreve and Rosie Thomas wll be spellbound.

When 15-year-old Cathy Lambert runs away from her Dublin home, she is scared and pregnant. Settled in New Zealand with her new son Conor she believes the secret she carries will never be revealed…

Rebecca Lambert was eighteen when her parents died and she took responsibility for her younger sisters. Years later, she is haunted by fears she hoped she’d conquered.

Freed from family duties, mother of three Julie Chambers is determined to recapture the dreams of her youth.

Married to a possessive older man, Lauren Moran embarks on a frantic love affair that threatens to destabilise her fragile world.

Anxious to make peace with her three sisters, Cathy invites them to her wedding.

But as the women journey together through New Zealand towards their reunion, they are forced to confront the past as the secret shared histories of the Lambert sisters are revealed.

Laura Elliot is the pseudonym of children’s writer and journalist June Considine. She is already a bestseller in her native Ireland. The Prodigal Sister is her UK debut.