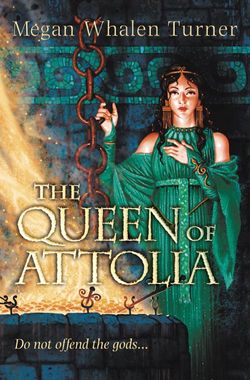 Megan Whalen Turner is married to a professor and often relocates when he needs to do research. When they travelled to Greece one summer, she decided to use its landscape as the background of a book, but didn’t write The Thief until she was spending a year in California, where the olive trees reminded her of the Greek mainland.