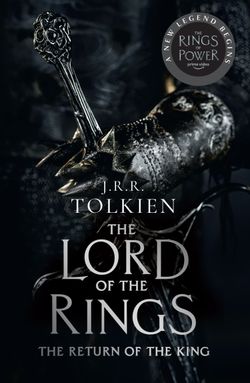 The third part of J.R.R. Tolkien’s epic adventure THE LORD OF THE RINGS.

The Dark Lord has risen, and as he unleashes hordes of Orcs to conquer all Middle-earth, Frodo and Sam struggle deep into his realm in Mordor.

To defeat Sauron, the One Ring must be destroyed in the fires of Mount Doom. But the way is impossibly hard, and Frodo is weakening. The Ring corrupts all who bear it and Frodo’s time is running out.

Will Sam and Frodo succeed, or will the Dark Lord rule Middle-earth once more?