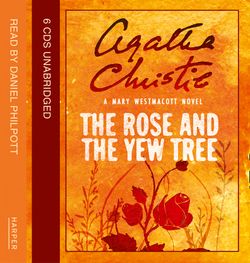 A captivating novel of love and intrigue.

Everyone expected Isabella Charteris, beautiful, sheltered and aristocratic, to marry her cousin Rupert when he came back from the War. It would have been such a suitable marriage. How strange then that John Gabriel, an ambitious and ruthless war hero, should appear in her life. For Isabella, the price of love would mean abandoning her dreams of home and happiness forever. For Gabriel, it would destroy his chance of a career and all his ambitions…

Famous for her ingenious crime books and plays, Agatha Christie also wrote about crimes of the heart, six bittersweet and very personal novels, as compelling and memorable as the best of her work.

Agatha Christie was born in Torquay in 1890 and became, quite simply, the best-selling novelist in history. Her books have sold over a billion copies in the English language and another billion in over 100 foreign languages. She is the author of 80 crime novels and short story collections, 19 plays, and six novels under the name of Mary Westmacott.