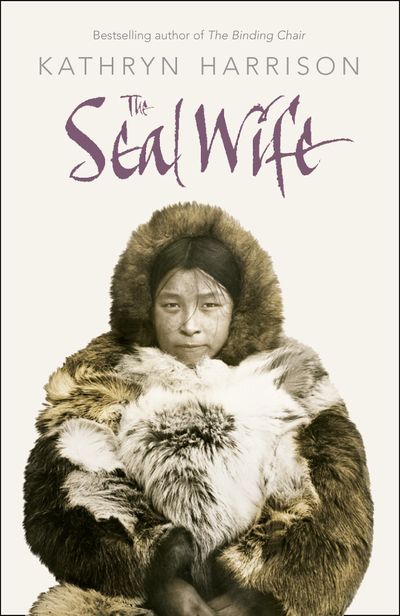 From the author of the bestselling THE BINDING CHAIR comes an extraordinary tale of desire set in the snowfields of 1917 Alaska.

Bigelow is a scientist, meticulous and obsessive, a man of tightly coiled passion. Stationed in the tiny frontier town of Anchorage, Alaska in 1915, he builds a weather observatory, a kite big enough to penetrate the heavens, carrying instruments to track the great storms that scour the land. He is distracted from his labours when he meets a native Aleut woman, a stitcher of furs, whose muteness calls up in him an almost unbearable longing. Her ferocious self-containment begins to seem to him more and more animal – and yet the more her silence pushes him away he burns to possess her. And when she disappears, he begins to believe he’ll die if he never sees her again…

Author: Kathryn Harrison
Format: Paperback
Release Date: 25 Sep 2009
Pages: 240
ISBN: 978-0-00-733695-1
Price: £11.99 (Export Price) , £11.99
Kathryn Harrison is a graduate of Stanford University and of the Iowa Writers’ Workshop. Her first novel, Thicker than Water, was a New York Times Notable Book, as was her second, Exposure. Her most recent novel is A Thousand Orange Trees. She is also the author of The Kiss which received critical acclaim, and Seeking Rapture. She lives in New York City with her husband, the writer Colin Harrison and their children.

Praise for THE BINDING CHAIR:‘A spellbinding novel, ruthless, moving and utterly without sentiment.' Mail on Sunday -

'The Binding Chair is a disturbing, beautifully plotted novel, intricate in its detail and panoramic in its sweep. It presents us with a world in which tragedy is natural and everyday, where beauty is a reminder of cruelty.' Daily Telegraph -

'Harrison's mesmeric voice compels the reader towards the inevitable climax. The Binding Chair is a beautiful account of the lives of two very different women and the difficulties they face in their quest for independence.' Observer -

'A vivid family saga. The characters come alive on the page. Harrison has convincingly captured the Shanghai of the early twentieth-century, a jarring, cacophonous, swarming city of possibility.' Evening Standard -

'Audacious feats of the imagination. This rich and complex novel is both harrowing and compelling.' Nicola Humble, TLS -

'A rich deep well of stories as fantastic as dreams.' Anne Chisholm, Observer -