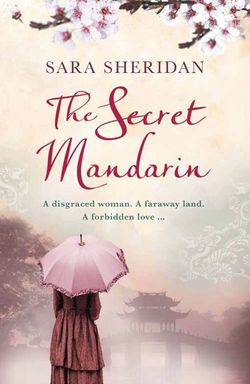 A disgraced woman. A faraway land. A forbidden love…
An unforgettable tale set in Victorian London and 1840s China from a shining, young historical talent.

Desperate to shield her from scandal, Mary’s brother-in-law, the ambitious botanist Robert Fortune, forces her to accompany him on a mission to China to steal tea plants for the East India Company. But Robert conceals his secret motives – to spy for the British forces, newly victorious in the recent Opium War.

His task is both difficult and dangerous – the British are still regarded as enemies by the Chinese and exporting tea bushes carries the death sentence. In these harsh conditions Mary grieves for her London life and the baby she has been forced to leave behind, while her fury at Robert intensifies.

As their quest becomes increasingly treacherous, Robert and Mary disguise themselves as a mandarin and man-servant. Thousands of miles from everything familiar, Mary revels in her new freedom and the Chinese way of life – and when danger strikes, finds unexpected reserves of courage.

The Secret Mandarin is an unforgettable story of love, fortitude and recklessness – of a strong woman determined to make it in a man’s world and a man who will stop at nothing to fulfil his desires.

Sara Sheridan is an historical novelist who writes two different kinds of books. One is a series of cosy crime noir mysteries set in Brighton in the 1950s – Brighton Belle – and the other is a set of novels based on the real-life stories of late Georgian and early Victorian explorers and adventurers (1820 – 1845) – The Secret Mandarin and Secret of the Sands. Tipped in Company and GQ magazines, she has been nominated for a Young Achiever Award. She received a Scottish Library Award for Truth or Dare, her first novel, and was shortlisted for the Saltire Book Prize. An occasional journalist and blogger, Sara appears on BBC Radio 4's From Our Own Correspondent and blogs for the Guardian and the London Review of Books. She is a twitter evangelist and a self-confessed swot. Sara sits on the Committee of the Society of Authors in Scotland where she lives and also on the board of the UK-wide writers' collective '26' and took part in the acclaimed 26 Treasures project in 2010 at the V&A, in 2011 at NationalMuseum of Scotland and in 2012 at the Children's Museum, Bethnal Green.She is a member of the Historical Writers Association and the Crime WritersAssociation. Sara also mentors for the Scottish Book Trust.