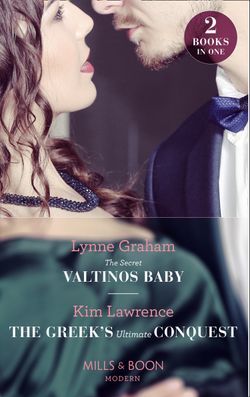 Personal assistant Merry Armstrong couldn’t resist Angel Valtinos’s sensual charisma. The Greek awakened her with his touch and left her pregnant! When Angel discovers his heir, duty compels him to act. Despite Merry’s independence, Valtinos’s legacy must be legitimised—and seducing her into becoming his wife will be his biggest challenge!

Reeling from his best friend’s death, Greek shipping magnate Nik Latsis found oblivion in the arms of a stunning stranger. Since then, her innocence has haunted his dreams. And now Nik knows only another taste will rid him of his burning desire. But Nik will need more than seductive charm if he’s to entice feisty Chloe back into his bed…

Kim Lawrence was encouraged by her husband to write when the unsocial hours of nursing didn’t look attractive! He told her she could do anything she set her mind to, so Kim tried her hand at writing. Always a keen Mills & Boon reader, it seemed natural for her to write a romance novel – now she can’t imagine doing anything else. She is a keen gardener and cook and enjoys running on the beach with her Jack Russell. Kim lives in Wales.