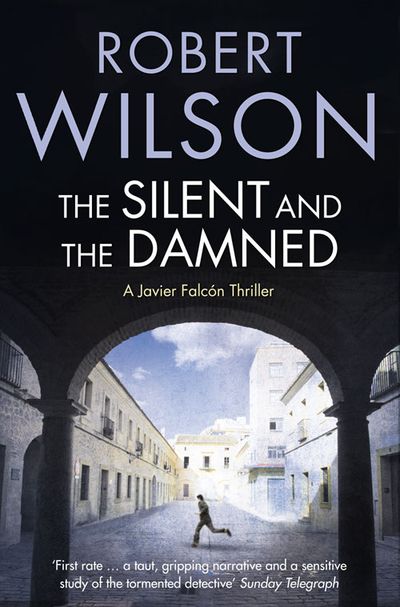 The Silent and the Damned

At seven years old, Mario Vega faces a terrible tragedy – his parents are dead in an apparent suicide pact.

But Inspector Javier Falcon has his doubts. In the brutal heat of a Seville summer, he dissects the disturbing life of the boy’s father, Rafael Vega. His investigation draws threats from the Russian mafia whose corruption reaches deep into the city. He questions a creative American couple with a destructive past and uncovers the misery of a famous actor whose only son is in prison for an appalling crime.

More suicides follow and one of them is a senior policeman. As a forest fire rages through the hills above the city Falcon must sweat out the truth that connects it all – and find the final secret in the dark heart of Vega’s life.

”'First rate…Wilson at his best, a taut, gripping narrative and a sensitive study of the tormented detective.” - Sunday Telegraph

”'Wilson’s plotting is intricate, his detective endearingly human, Seville a captivating venue. This is crime fiction of high order.” - The Times

”'Its plotting is persuasive, its characterisation shrewd.” - Literary Review

”'Wilson is a fine crime writer, and has created a character in the best traditions of Chandler.” - Irish Examiner