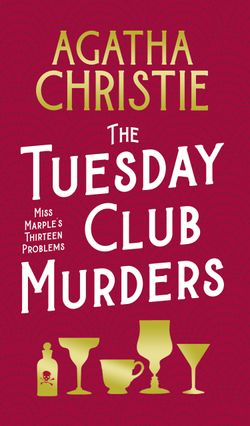 Follow the ingenious mysteries of the ‘Tuesday Night Club’ with this hardback special edition of Agatha Christie’s beloved classic.

‘Well,’ said Joyce, ‘it seems to me we are a pretty representative gathering. How would it be if we formed a Club? What is today? Tuesday? We will call it The Tuesday Night Club. It is to meet every week, and each member in turn has to propound a problem. Some mystery of which they have personal knowledge, and to which, of course, they know the answer.’

Two years before The Murder at the Vicarage, Agatha Christie first introduced the world to Jane Marple and the stories of murder and intrigue told by each member of the Tuesday Night Club. Time and time again, crimes so wicked they have confounded even Scotland Yard’s finest are solved by St Mary Mead’s sharpest mind and everyone’s favourite armchair detective.