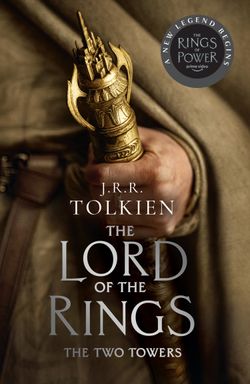 The second part of J.R.R. Tolkien’s epic adventure THE LORD OF THE RINGS.

The Fellowship is scattered. Some prepare for war against the Dark Lord. Some fight against the treachery of the corrupt wizard Saruman. Only Frodo and Sam are left to take the accursed Ring to be destroyed in the fires of Mount Doom.

Mount Doom lies in the very heart of the Dark Lord’s realm. Their only guide on the perilous journey is Gollum, a deceitful and obsessive creature who once possessed the Ring and longs to wield its power once again.

As dark forces assemble, the fate of Middle-earth rests with two lonely hobbits – but is Gollum leading them to their deaths?