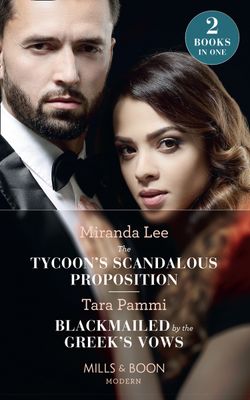 Actress Kate is used to the spotlight—but nothing compares to billionaire Blake’s scorching gaze or their sizzling night together! And when he offers her a starring role in his bed does she dare she say yes?

Blackmailed by the Greek’s Vows
Three months as his wife—will she pay his price?

Discovering her passionate marriage is a business deal has devastated Valentina. Yet before granting a divorce Kairos demands she play his wife again. And soon their intense fire is reignited…