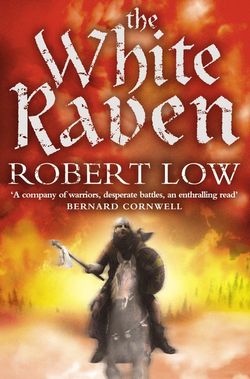 The Oathsworn have itchy feet. Battle-hungry and tired of keeping the homestead fires burning, they are restless for action. And, being the Oathsworn, action is what they get.

When their homestead is attacked by Klerkon and his men, the Oathsworn promise bloody revenge. But they didn’t count on having to undertake the most dangerous journey of their lives in order to save two of their number.

Packed with epic adventure and bloody action, THE WHITE RAVEN is Robert Low at his very best.

Robert Low has been a journalist and writer since the age of seventeen. He covered the wars in Vietnam, Sarajevo, Romania and Kosovo until common sense and the concerns of his wife and daughter prevailed.To satisfy his craving for action, having moved to an area rich in Viking tradition, he took up re-enactment, joining The Vikings. He now spends his summers fighting furiously in helmet and mail in shieldwalls all over Britain and winters training hard. He lives in Largs, Scotland.