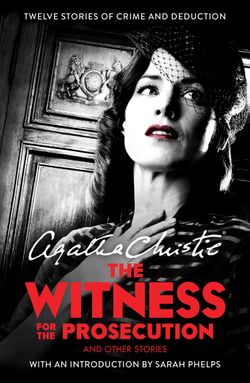 Agatha Christie’s classic short story collection, published to tie-in with a new BBC TV adaptation of the book’s most enduring and shocking thriller, The Witness for the Prosecution.

1920s London. A murder, brutal and bloodthirsty, has stained the plush carpets of a handsome London townhouse. The victim is the glamorous and enormously rich Emily French. All the evidence points to Leonard Vole, a young chancer to whom the heiress left her vast fortune and who ruthlessly took her life. At least, this is the story that Emily’s dedicated housekeeper Janet Mackenzie stands by in court. Leonard however, is adamant that his partner, the enigmatic chorus girl Romaine, can prove his innocence.

Agatha Christie was born in Torquay in 1890 and became the best-selling novelist in history. Her first novel, The Mysterious Affair at Styles, introduced us to Hercule Poirot, the most popular detective since Sherlock Holmes. She is known throughout the world as the Queen of Crime and her works have sold over two billion copies – 80 crime books, 30 plays, and six novels under the name of Mary Westmacott.