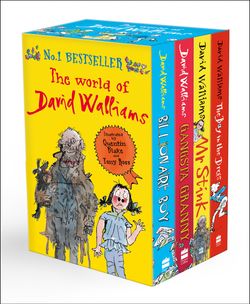 Coming September 2013… the new 5 book boxset ‘The World of Walliams Best Boxset Ever’.