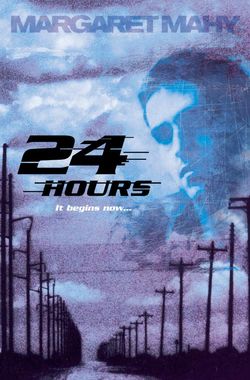 Ellis is an ordinary 17-year-old; someone who’s planning to finish school and go to university like any other teenager. The difference is that four months ago, his best friend Simon killed himself. Still – that was four months ago. Ellis has now ‘got over it’.

Except, of course, he hasn’t. Returning to his home town, he gets drawn into a situation in which the ‘old’ Ellis would never have become embrangled. He gatecrashes a party and persuaded to ‘rescue’ two sisters – Ursa and Leo, driving them back to the Land of Smiles – the ex-motel where they live.

From that moment on, nothing is the same again. The story is narrated hour-by-hour, as Ellis packs a life-time of experiences into the next twenty-four hours. Giving in to high spirits and booze, Ellis wakes next morning in a strange bed, with a stonking hangover and a shaven head! He learns that a child has been kidnapped, and is persuaded to help in her rescue…

This is a bizarre, surreal and powerful novel in which the reader is taken on the same roller-coaster ride as Ellis.

Margaret Mahy was born in New Zealand and has loved telling stories all her life. She has published well over a hundred titles and won several major prizes and awards, including The Order of New Zealand, for her internationally-acclaimed contribution to children’s literature. She has twice won the prestigious Carnegie Medal, (The Haunting, 1982, and The Changeover, 1984).Margaret lives in the South Island of New Zealand, in a house which she partially built herself, overlooking Governor’s Bay.