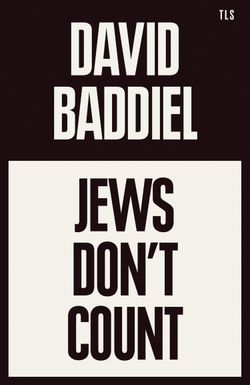 Jews don’t count. Even among those on ‘the right side of history’, those who take a stand against all -isms – racism, sexism, ableism, Islamophobia, transphobia, etc., it is still somehow acceptable to make jokes about Jews, blame them, appropriate their culture and call them Yids in the football stadium. Throughout history Jews have been seen as rich oppressors, as well as ‘vermin’. Today they are the subjects of considerable racially motivated hate-crime, and yet antisemetism is not decried by progressives.

David Baddiel follows the antisemetism he finds in his Twitter feed to the stage, through the media and into politics, with rigour and humour. And as he does so, he challenges us to examine our complex and unconscious racism.

David Baddiel is an author, comedian and screenwriter. He has written and performed in a series of highly successful TV comedy shows, including The Mary Whitehouse Experience and Baddiel and Skinner Unplanned. He is the author of four novels as well as six books for children which have sold over 1 million copies. He lives in London.