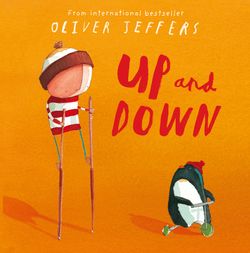 The boy and the penguin still enjoy spending all their time together… That is, until the penguin starts to dream of flying, ignoring the boys advice that it is impossible.

Running away, the penguin visits place after place, searching for a chance to get his feet off the ground. But will flying be everything he had hoped? And is the boy missing him, as much as he is missing the boy?

A heart-warming story about friendship, love and reaching for your dreams, from highly-regarded, multi-award-winning author-illustrator Oliver Jeffers.