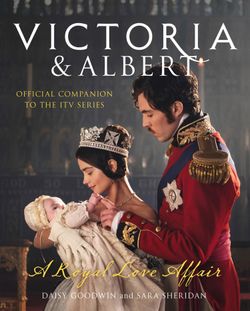 The second tie-in to ITV drama Victoria unveils the complex, passionate relationship of Victoria and Albert.

What happened after the Queen married her handsome prince? Did they live happily ever after, or did their marriage, like so many royal marriages past and present fizzle into a loveless bond of duty? Victoria and Albert were the royal couple that broke the mould – it may have been an arranged match, yet their union was a passionate, tempestuous relationship between two extremely strong-willed individuals. Despite the fact that they were first cousins they could not have been more different people – she was impulsive, emotional, capricious, while he was cautious, self-controlled, and logical. But together they became the most successful royal couple there had ever been, and this book reveals the private and the public face of Victoria and Albert’s marriage. Using their letters and diaries, Victoria and Albert charts the constant ebb and flow of power between the couple, and presents a picture of a very modern marriage.

This companion book, full of rich historical detail, takes fans deeper into that period than ever before. Discover the inner workings behind the scenes, with profiles of all the major characters, interviews with the actors and fascinating, in-depth information on the production, the costumes and the props.

Sara Sheridan was born in Edinburgh and studied English Literature at Trinity College Dublin. Fascinated by different media she has written a wide range of stories including contemporary novels, short films, teen and children's books as well as historical fiction. In 2000 her first novel, Truth or Dare won a place in the 100 Best Scottish Books, as part of the Scottish Library Award. She was also included in Company magazine's Top Ten Young Writers Under Thirty and was nominated for a Saltire Award in 2003. Sara has one daughter and lives in Edinburgh. For more information on Sara, visit www.sarasheridan.com.