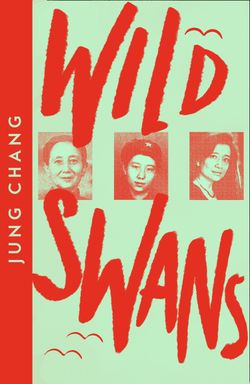 Few books have had such an impact as Wild Swans: a popular bestseller which has sold more than 13 million copies and a critically acclaimed history of China; a tragic tale of nightmarish cruelty and an uplifting story of bravery and survival.

Through the story of three generations of women in her own family – the grandmother given to the warlord as a concubine, the Communist mother and the daughter herself – Jung Chang reveals the epic history of China’s twentieth century.

Breathtaking in its scope, unforgettable in its descriptions, this is a masterpiece which is extraordinary in every way.

Jung Chang was born in Sichuan Province, China, in 1952.During the Cultural Revolution she worked as a peasant, a ‘barefoot doctor’, a steelworker and an electrician. She came to Britain in 1978, and in 1982 became the first person from the People’s Republic of China to receive a doctorate from a British university. She lives in London. In addition to Wild Swans, Jung Chang has written three critically acclaimed biographies: Mao: The Unknown Story (with Jon Halliday); Empress Dowage Cixi: The Concubine Who Launched Modern China, 2013); and Big Sister, Little Sister, Red Sister: Three Women at the Heart of Twentieth-Century China (2019).