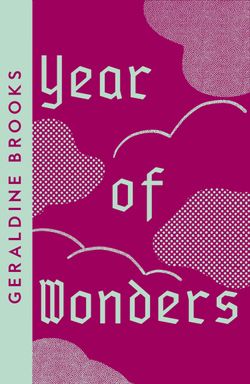 In the spring of 1666, a bolt of infected cloth carries the plague from London to the quiet village of Eyam. The villagers elect to isolate themselves in a fateful quarantine, seen through the eyes of eighteen-year-old Anna Frith. As death and superstition creep from household to household, she must confront loss and the lure of illicit love in an extraordinary Year of Wonders.

This timeless and powerful novel, based on a true story, was the astonishing debut novel from the Pulitzer Prize-winning author of March.

Geraldine Brooks was born and raised in Australia. After moving to the USA she worked for eleven years on The Wall Street Journal, where she covered crises in the Middle East, Africa and the Balkans. Her first novel, Year of Wonders, was an international bestseller and she was awarded the Pulitzer Prize in Fiction for her second, March. She has written three further bestselling novels, Caleb’s Crossing, People of the Book and The Secret Chord.