Take a look at the incredible new trailer for Bird Box. If you’ve seen what’s out there, it’s already too late…. Now a major motion picture starring Sandra Bullock. HarperCollins will be publishing a film tie-in edition to accompany the film’s release on Netflix.

Malorie raises the children the only way she can: indoors, with the doors locked, the curtains closed, and mattresses nailed over the windows.

The children sleep in the bedroom across the hall, but soon she will have to wake them and blindfold them.

Josh Malerman’s Bird Box is a terrifying psychological thriller that will haunt you long after reading.

You can watch the tense new film trailer here. 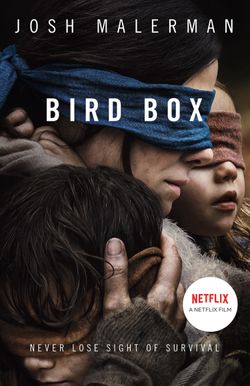