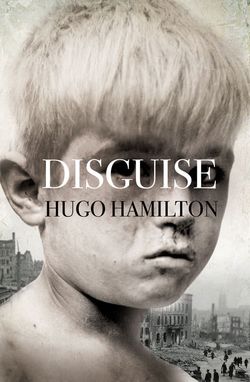 Hugo Hamilton, the internationally acclaimed author of ‘The Speckled People’ and ‘Sailor in the Wardrobe’, turns his hand back to fiction with a compelling drama tracing Berlin’s central historical importance throughout the twentieth century.

1945. At the end of the second world war in Berlin, a young mother loses her two-year-old boy in the bombings. She flees to the south, where her father finds a young foundling of the same age among the refugee trains to replace the boy. He makes her promise never to tell anyone, including her husband – still fighting on the Russian front – that the boy is not her own. Nobody will know the difference.

2008. Gregor Liedmann is a Jewish man now in his sixties. He’s an old rocker who ran away from home, a trumpet player, a revolutionary stone-thrower left over from the 1968 generation. On a single day spent gathering fruit in an orchard outside Berlin with family and friends, Gregor looks back over his life, sifting through fact and memory in order to establish the truth. What happened on that journey south in the final days of the war? Why did his grandfather Emil disappear, and why did the Gestapo torture uncle Max? Here, in the calmness of the orchard, along with his ex-wife Mara and son Daniel, Gregor tries to unlock the secret of his past.

In his first novel since the best-selling memoir ‘The Speckled People’, Hugo Hamilton has created a truly compelling story of lost identity, and a remarkable reflection on the ambiguity of belonging.

Hugo Hamilton was born and grew up in Dublin. He is the author of five novels and two internationally acclaimed memoirs, ‘The Speckled People’ and ‘Sailor in the Wardrobe’.