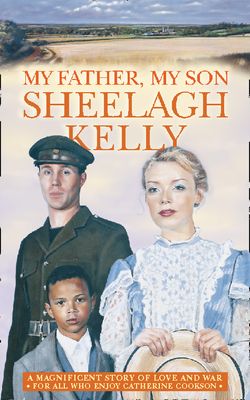 A dramatic saga that sweeps from the dust of the Boer War to the carnage of the Great War, with a bitter private conflict sandwiched in between…

Corporal Russ Hazelwood loves his wife Rachel, but she is far away, and the African woman seems the answer to long, passionless nights on the veldt. The war over, Russ returns to York and Rachel, to a growing family and increasing prosperity, little realizing how – years later – those moments of weakness in Africa will come back to haunt him, threatening to destroy everything he cherishes.

Then, overshadowing all, comes the most dreadful war the world has ever seen. And when it is over, the greatest battle has still to be won – on the home front.

Sheelagh Kelly was born in York. She left school at fifteen and went to work as a book-keeper. She has written for pleasure since she was a small child. Later she developed a keen interest in genealogy and history, which led her to trace her ancestors’ story, and inspired her to write her first book. She has since produced many bestselling novels.