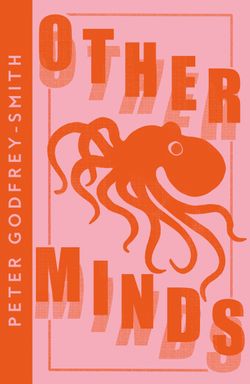 What if intelligent life on earth not only evolved on land, but also in the sea?

Other Minds is a bold new story of how nature became aware of itself – a story that largely occurs in the ocean, where animals first appeared. Tracking the mind’s fitful development over millennia, Other Minds explores the incredible evolutionary journey of the cephalopods. What kind of intelligence do they possess? And how did the octopus, a solitary creature with little social life, become so smart?

Heralded as the ‘scuba-diving philosopher’ when Other Minds first published, Peter Godfrey-Smith explores the underwater world and the concept of sentience to trace the question of inner life back to its roots. By comparing human beings with our most remarkable animal relatives, Other Minds casts crucial new light on the octopus mind – and on our own.