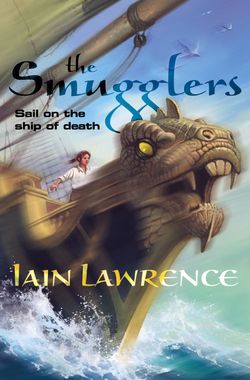 Strong historical fiction and powerful romantic drama set in border country during Elizabethan times – forbidden passions and family loyalties; heresy and witchcraft, but at the heart of it, the burgeoning love of a young girl.

The year is 1578 and Queen Elizabeth 1 is on the throne. Sixteen year old Beatie, the daughter of a North Country farmer is defying her family over the matter of her proposed marriage to her cousin Hugh. She is too busy being the elder daughter and watching over her family – overseeing the kitchen work; riding her horse, Saint Hilda, and most importantly keeping a watchful eye out for the first sign of marauding Scots from over the border.
The family live in Barrowbeck Tower – a stronghold which should keep out invaders. But the Scots do invade and Beatie has to push at the face of one of them who appears – courtesy of a grappling iron – at an upper window. It is a young face and one that Beatie will never forget. It is the first Scot she has injured, probably killed. Next day, Beatie finds a dirty, bleeding body in the old hermit’s hut in the wood, and discovers that it belongs to the Scot she pushed from the window. Through guilt she determines to nurse this enemy back to health, despite the terrible danger to herself which could have her burned at the stake. A smouldering tension of love and intimacy develops between patient and carer, but that isn’t the only possible relationship for Beatie. She is also growing very close to the young parson, John Becker.
This is an exceptionally atmospheric novel, written in the first person through the voice of this feisty Elizabethan teenager. The reader is immediately taken on a journey to Elizabethan England – the country, not the city – and the smells and sounds are vividly brought to life. Maggie Prince draws a vivid picture too of the wild landscape of the Border Country and the eternal teenage struggle to break free of childhood and lead an independent life.

Maggie Prince has worked as a teacher, a journalist and as an information officer at the COI and also at the Institute for Race Relations in Johannesburg. She was educated at London University and is married with two children.