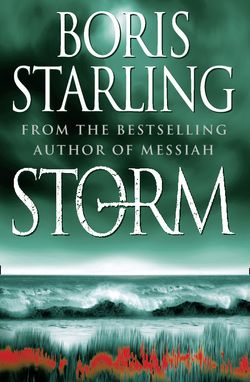 Elemental rage, bloody Greek myth, man’s greed and capacity for cruelty, the insane imaginings of a killer, all intermingle in this stunning new thriller from the bestselling author of Messiah to create a novel of stunning ferocity.

A storm-tossed crossing on the North Sea; a catastrophic ferry accident; hundreds dead. Detective Chief Inspector Kate Beauchamp is one of the survivors but her ferocious fight to stay alive brings with it a high cost: a burden of guilt that she should live while some of her friends died; a terror of water; a frozen inner core that never seems to melt.
When the body of a young female journalist is found in Aberdeen soon after the disaster, Kate insists on conducting the investigation – partly to exorcize her own demons, partly because she feels a strange affinity with the victim. The killing is peculiarly brutal and the murderer has left a unique calling card: attached to the woman’s neck is a poisonous snake.
Into this emotional cauldron steps the last man on earth Kate wants to see – her estranged father, Frank, in Aberdeen to conduct the marine inquiry into the sinking. Was the disaster the result of a bomb, as claimed by the ferry-line’s chairman, or is he trying to hide something?
In a sweltering heatwave, Kate and Frank conduct their highly pressured investigations. But for both of them, danger is approaching fast – a vortex of violence which will sweep them up and endanger their very lives.

Boris Starling graduated with a First from Cambridge and went on to an illustrious career with Control Risk organization before turning to writing full-time. An avid triathelete, Boris was the youngest ever participant to reach the semi-finals of Mastermind with his special topics of Tintin and the novels of Dick Francis. He lives in London.