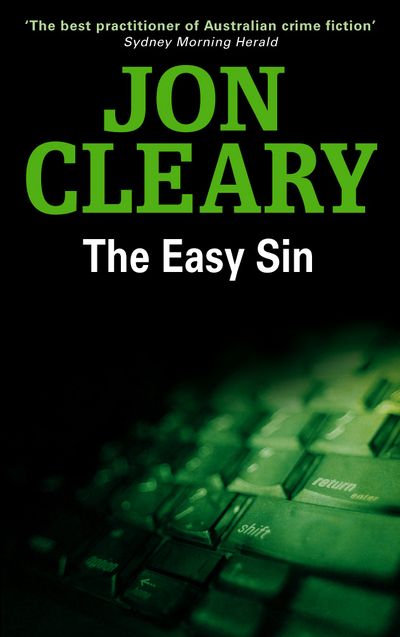 The time has come for Scobie Malone to leave the Homicide and Serial Offenders Unit of the Sydney police, and his last investigation could be the most bizarre case ever to cross his desk.

Called in when a housemaid is found dead in a dotcom millionaire’s penthouse, Scobie suspects he’s dealing with a kidnap that’s gone wrong. In fact, it couldn’t have gone more wrong. The kidnappers thought they had grabbed the millionaire’s girlfriend – how were they supposed to know he liked slipping into her designer dresses when she wasn’t around?

The plot thickens further when it is revealed that the dotcom bubble has burst, leaving the erstwhile millionaire in debt to the Yakuza and Scobie on the trail of some old adversaries. Throw in the ex-wife, a mistress or two, and the mother of all outlaws, and you have a case that would confound the greatest detective and entertain the most discerning of readers.

Author: Jon Cleary
Format: Paperback
Release Date: 02 Oct 2009
Pages: 320
ISBN: 978-0-00-735010-0
Price: £10.99 (Export Price) , £10.99, €12.75
Jon Cleary, who died in July 2010, was the author of over fifty novels, including The High Commissioner, which was the first in a popular detective fiction series featuring Sydney Police Inspector Scobie Malone. In 1996 he was awarded the Inaugural Ned Kelly Award for his lifetime contribution to crime fiction in Australia. His last novel, FOUR-CORNERED CIRLCE, was published in 2007.

‘The Malone stories come alive through their setting… Cleary’s writing is seamless and his plots imaginative and mature’Carl Hiaasen, Miami Herald -

”'Cleary is a national literary institution… If Australia has a crime writer who deserves to be spoken of in the same breath as Ed McBain, Ruth Rendell, and P.D James, then it is Cleary.” - Stuart Coupe, Sydney Morning Herald