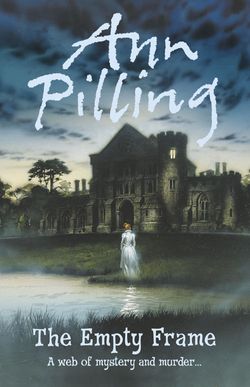 Sam, Floss, and their foster brother, Magnus, spend their holidays with cousin M. at The Abbey. On their first night, Magnus hears a woman crying and when he goes to investigate he discovers that the sixteenth-century portrait of Lady Alice Neale, hung in the Great Hall, is now just an empty frame. Magnus shares his secret with the others and soon they are drawn into a web of family mystery and murder.

Ann Pilling has written a mystery novel of subtle twist and movement; fascinating historical detail entwined with a familial story which will tug at the heart-strings.

Ann Pilling was brought up in Warrington, Cheshire and many of her books are set in the industrial North West. After reading English at London University, she taught in Buckinghamshire (the setting for The Empty Frame), then spent some of her time in America before returning to England and settling eventually in Oxford. She is married with two sons. Whenever possible, Ann retreats to the Yorkshire Dales which she calls ‘the country of my heart’ . She loves animals and Arthur, the family cat, has a starring role in The Empty Frame.