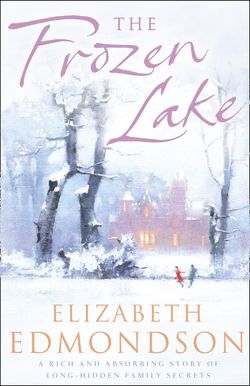 Fabulous family saga of secrets held through two generations, set against the atmospheric background of the Lake District at Christmas

The year of 1936 is drawing to a close. Winter grips Wetmoreland and causes a rare phenonmenon: the lakes freeze. For two local families, the Richardsons and the Grindleys, this will bring unexpected upheaval, as the frozen lake entices long-estranged siblings and children to return home for the holiday season.

Some are aware of what is happening in Europe; others don’t want to know. Everyone’s keen to put aside their troubles – money worries, love tangles, career problems, domestic rifts – and enjoy themselves skating while they can. But one visitor carries the seed of violence and not even the redoubtable matriarch of the Richardson clan can prevent the carefully buried secrets of the past from reappearing and transforming everything.

A compelling blend of family closeness and strife, dazzling passion and the dark influence of history, this is an enthralling read to curl up and savour.

Elizabeth Edmondson was born in Chile and educated in Calcutta and London before going to Oxford University. Her novels include The Villa in Italy, The Villa on the Riviera, Voyage of Innocence and The Frozen Lake, which have been translated into several languages.Her grandparents once had a house on the lake shore in Westmoreland, and it was their stories and photographs which inspired her to write ‘The Frozen Lake’.