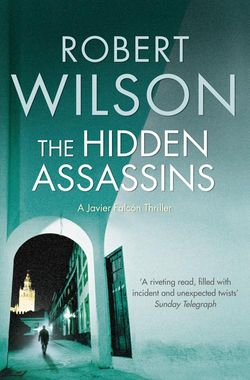 The gripping new psychological thriller featuring Javier Falcon, the tortured detective from ‘The Silent and the Damned’ and ‘The Blind Man of Seville.’

As Inspector Jefe Javier Falcon investigates a faceless corpse unearthed on a municipal dump, Seville is rocked by a massive explosion. An apartment block is destroyed, and when it’s discovered that its basement housed a mosque everybody’s terrorist fears are confirmed.

Panic sweeps the city, more bodies are dragged from rubble, the climate of fear infects everyone and terror invades the domestic life of flamboyant judge Calderon and the troubled mind of Consuelo, Falcon’s one-time lover.

With the media and political pressure intensifying, Falcon realizes all is not as it appears. But as he comes close to cracking a conspiracy, he discovers an even more terrifying plot – and the race is on to prevent a catastrophe far beyond Spain’s borders.

Robert Wilson was born in 1957. A graduate of Oxford University, he has worked in shipping and advertising in London and trading in West Africa. He is married and divides his time between England, Spain and Portugal.