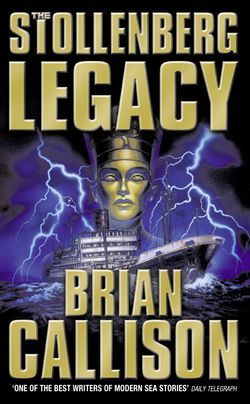 From the acclaimed author of A Flock of Ships, Ferry Down and the Trapp series comes a spellbinding new tale of maritime adventure and a fifty-year-old mystery.

The myth of the Stollenberg convoy is one of the most enduring of World War II. As the Third Reich crumbled, orders were sent out from Berlin to hide the countless art treasures looted from all over Europe. According to the myth, the most precious item was entrusted to an SS colonel, Manfred Stollenberg, but it never reached its destination. Ever since, rumours of the treasure’s whereabouts have fascinated military historians and treasure hunters alike.

Merchant sailor Michael Kyle first hears the story from flatmate Dr David McDonald, a historian obsessed with the case. When Kyle returns from sea only for McDonald to die in an unusual accident, he refuses to believe the official explanation. The more he looks into the recent activities of his old friend, the more convinced he becomes that there is a connection with the Stollenberg myth – and that his own life is in grave danger.

Brian Callison was born in Manchester in 1934. On entering the merchant navy as a midshipman with the Blue Funnel Line in 1950, he served in cargo liners sailing to the Far East and Australia. Later he studied at Dundee College of Art before entering commerce. A Member of the Royal Institute of Navigation and an Associate of the Nautical Institute, he has maintained an active connection with the sea: first as an officer of the Royal Naval Auxiliary Service until its disbandment in 1994 and, currently, as Head of Tay Unit of the UK’s Maritime Volunteer Service.