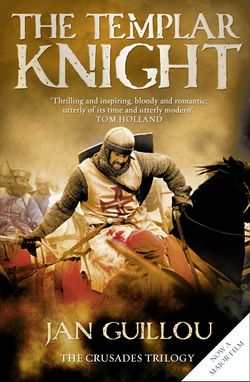 The second volume of the crusades trilogy from bestelling Swedish author Jan Guillou.

THE KNIGHT TEMPLAR follows Arn’s adventures in the Holy Land, where he discovers that the infidel Saracens aren’t as brutish and uncivilised as he had been led to believe, and that in fact there is another, darker side to the teaching of the Cistercians.

Jan Oscar Sverre Lucien Henri Guillou was born in Sweden in January 1944. He made his name as a journalist and rose to fame when he exposed a secret intelligence organisation, was convicted of espionage and spent 10 months in prison, 5 of which were spent in solitary confinement. He is now a bestselling novelist and writes regularly for Sweden’s leading tabloid, commenting on current affairs.