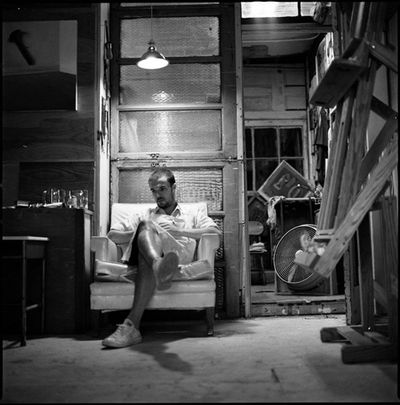 Oliver Jeffers was born in Port Hedland, Western Australia in 1977 and bred in Belfast, Northern Ireland.

As a teenager, he thoroughly enjoyed playing the spoons and travelled the land frequenting every pub he could find looking for a group of musicians to harmoniously add his percussive talents to. Unfortunately, no-one recognised his musical talent, so to force some other way of fitting in, Oliver painted them instead. It was when he came runner-up in The Irish News amateur art competition in 1995 that he seriously considered painting as a direction in which to take his life. It was a good decision, as since then Oliver has travelled the globe extensively, exhibiting his work in New York, Sydney, Melbourne, London, Belfast and Glengormley.

He made his name as a young contemporary artist with several small exhibitions in Belfast between 1995 and 1998. At this time, Oliver also began illustrating book jackets for local publishing houses.

Whilst taking a break from university during 1999-2000, Oliver travelled across America and Australia, settling in Sydney for a period to work in freelance illustration and painting. In Australia, he illustrated for various magazines and got his first big break when Lavazza Coffee Company saw his offbeat coffee illustrations. They subsequently commissioned him to paint some pictures for their HQ and to illustrate their Christmas cards. They also featured him in a live exhibition during the Aroma coffee festival at The Rocks, Sydney, where he illustrated on site in front of thousands of people, using coffee rings and black ink.

Oliver returned from his travels in 2000 to finish his degree at the University of Ulster. He graduated with a First Class Honours Degree in Illustration and Visual Communication. During his final year, he had a prominent exhibition of portraiture in the John Hewitt Bar, Belfast. The exhibition was entitled ‘Boys At The Bar’, and depicted the afternoon (and morning!) drinking culture of Belfast. It attracted a great deal of media attention and all 16 pieces sold on the opening night.

Oliver’s eye-catching style of artwork has taken him in many directions, including poster illustration, painting 10 commissioned artworks for a London bar and designing album covers. He paints in an impressive range of styles and sizes with a wide variety of media, and is currently experimenting by pushing the creative boundaries of picture books.

Oliver began writing and illustrating children’s stories when he realised that people didn’t believe what he did with his time. He has had a number of adventures that he has collected into his books for children; his debut picture book, ‘How to Catch a Star’, was inspired by a moment sitting on the end of a jetty in Sydney, looking at the stars. Not having an agent, Oliver sent his work unsolicited to HarperCollins Publishers. Its potential was immediately recognised, it was whisked off the slush pile and the publishing process began. In 2004, the book was published by HarperCollins Children’s Books and was also shortlisted for the Booktrust Early Years Award for Best New Illustrator. In 2005, ‘How to Catch a Star’ won a Merit Award at the CBI/Bisto Book of Year Awards.

After the international success of ‘How to Catch a Star’, Oliver went on to produce the breathtakingly beautiful follow-up, ‘Lost and Found’, which garnered fantastic sales and critical acclaim on publication and went on to win the Gold Award at Nestle Children’s Book Prize in 2005.

Oliver loves plastic food, suitcase handles and Elvis, and has developed a bizarre habit of endlessly writing lists he never reads. He remains hell bent on travelling all over the world. 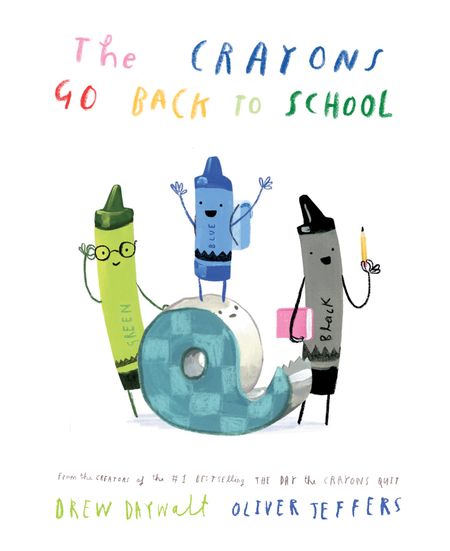 The Crayons Go Back to School 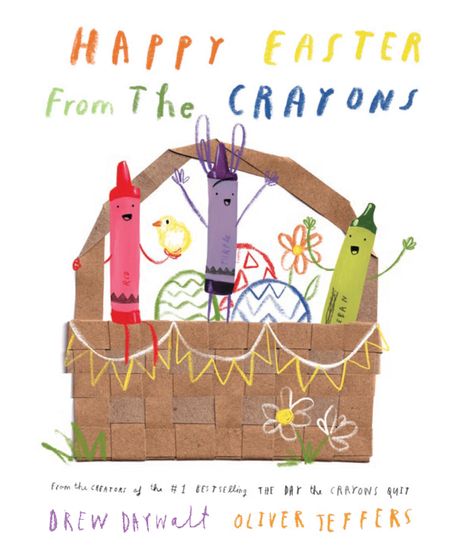 Happy Easter from the Crayons

View all books by Oliver Jeffers

Oliver Jeffers is a highly acclaimed talent in picture books. He graduated from The University of Ulster in 2001 with First Class honours and has since exhibited his paintings around the world. His outstanding talent has already been recognised by several high-profile awards, including the Nestlé Children's Book Prize Gold Award, the Blue Peter Book of the Year Award and the Irish Children's Book of the Year.